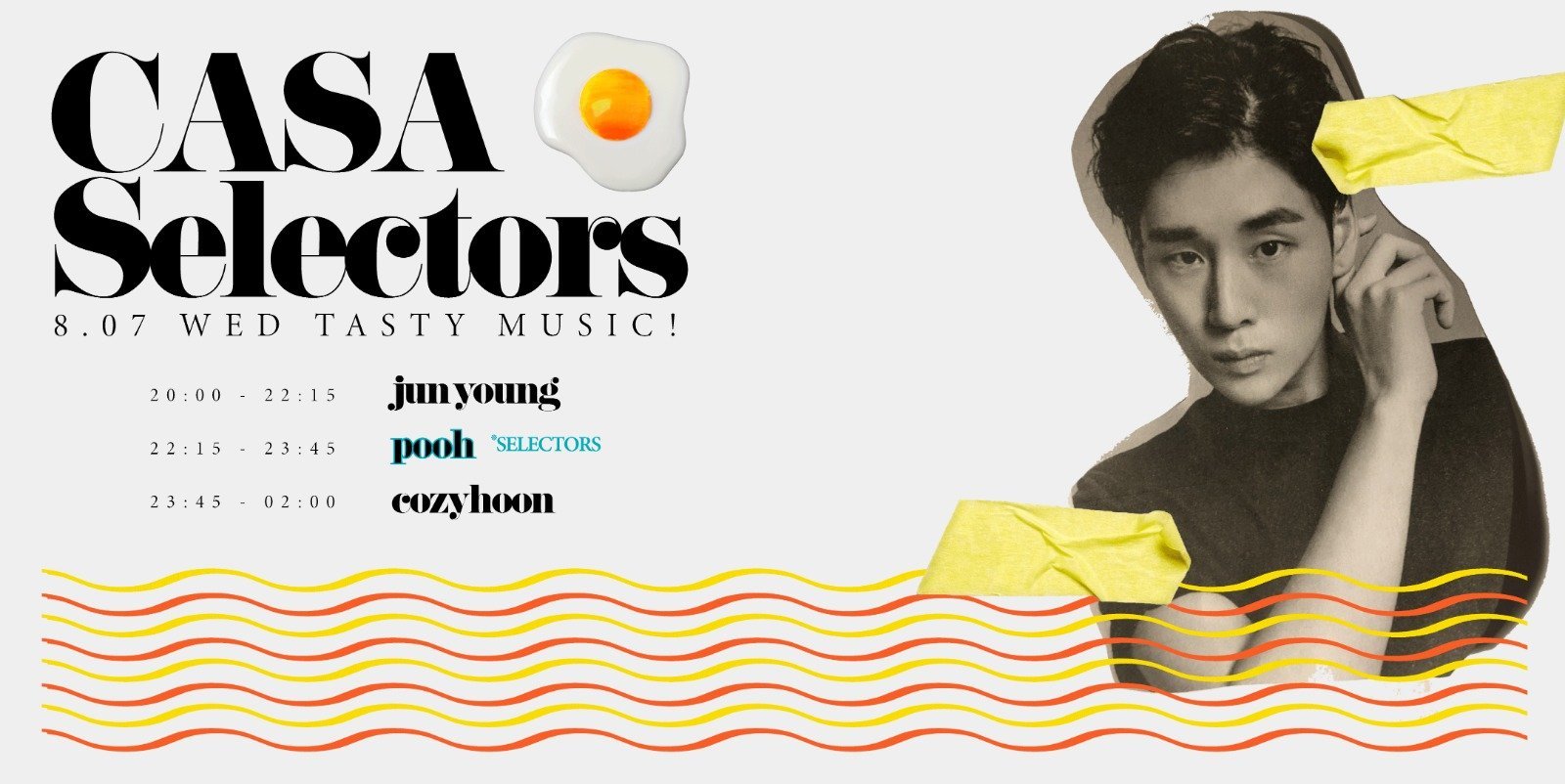 Pooh is a model who has received much attention in the Korean fashion community.
Several years ago, he started his musical journey after picking up the piano and purchasing DJ equipments.
Debuting as a DJ at a fashion party he officially began his career in the music industry.
Through borderless mixes between genres such as Nu Disco, Techno and Hip-Hop, he has gained recognition in the club scene, from Soap and The Henz Club Which are a few of the hottest venues in Seoul.
While spinning at clubs, he is concentrating on making music to release his own projects very soon.

I’m pleased to be invited for Casa Selectors and always happy to play at Casa Corona.

I’m working on a new track and also I’m on a diet.

It’s gonna be a set for people who come to Casa Corona on a Wednesday, I want to make them comfortable.

Richard Stepp – Caught Up In A Whirlwind

DeBarge – Rhythm Of The Night

Thanks a lot for reading, next time you see me at Casa Corona let’s have a shot of tequila together!